One of the gifts of the Founding Fathers celebrated over the weekend across America was the Constitution, but what will the next generation of students learn about this document under the Common Core national education standards?

Not much, say critics of the standards being implemented in at least 41 states.

And what they do learn could fall into the category of “indoctrination,” rather than “education,” they say.

A prime example comes from the Student Achievement Partners’ sample lesson plan for 8th graders that teaches, as fact, that the Constitution is a “living document” that can “evolve” and be interpreted differently to fit the times.

The suggested reading comes from page 95 of Linda Monk’s “Words We Live By: Your Annotated Guide to the Constitution.” Students are asked to focus on the first three words of the Preamble to the Constitution, “We the people,” in which Monk infers that the founding document is a “living document,” a legal philosophy that forms the basis of judicial activism.

The lesson plan instructs teachers to have students investigate and then debate how an amendment to the Constitution is central to the argument to “reinforce the concept that the U.S. Constitution is a living document.”

The late Supreme Court Justice Thurgood Marshall summed up this philosophy when he said, “You do what you think is right and let the law catch up.”

“I call it the government indoctrination system,” Christina Michas, founder of the Operation Jericho Project of Palm Springs, California, told WND. “There’s no education going on there. And we know the agenda.”

Michas said students will continue to learn about the Constitution only from a progressive point of view as they move into high school, college and law school.

“They don’t learn the Constitution even in law school. They learn precedent,” said Michas, also founder of the Palm Springs Patriots Coalition. “So you wonder why they come out thinking it’s a living document. It’s been changed, reinterpreted, so many times, so they’re not actually learning the Constitution; they’re learning it is living and breathing, and the younger generation of lawyers believes that.”

Those lawyers then end up getting elected or appointed to the state courts, and some will end up on the federal bench, where they will rule on pivotal issues such as gun control, “gay” marriage and various First Amendment rights.

Common Core standards were developed by Student Achievement Partners, the Council of Chief State School Officers and the National Governors Association without any input from parents or teachers. States signed on to the standards in many cases because they came with tens of millions of dollars in federal stimulus money from the U.S Department of Education under President Obama.

Here is an excerpt from the Common Core-aligned sample lesson plan on Monk’s book, focusing on the Preamble to the Constitution:

The first three words of the Constitution are the most important. They clearly state that the people – not the king, not the legislature, not the courts – are the true rulers in American government. This principle is known as popular sovereignty.

But who are “We the People”? This question troubled the nation for centuries. As Lucy Stone, one of America’s first advocates for women’s rights, asked in 1853, “‘We the People’? Which ‘We the People’? The women were not included.” Neither were white males who did not own property, American Indians, or African Americans—slave or free. Justice Thurgood Marshall, the first African American on the Supreme Court, described the limitation:

“For a sense of the evolving nature of the Constitution, we need look no further than the first three words of the document’s preamble: ‘We the People.’ When the Founding Fathers used this phrase in 1787, they did not have in mind the majority of America’s citizens. … The men who gathered in Philadelphia in 1787 could not … have imagined, nor would they have accepted, that the document they were drafting would one day be construed by a Supreme Court to which had been appointed a woman and the descendant of an African slave.

While the “living document” theory does represent one school of thought among American legal scholars, it is hotly contested. Conservative scholars such as current Supreme Court Justice Antonin Scalia have argued that the Constitution is a “legal document” that “says something and doesn’t say other things.” Critics of the Common Core say they’re not disturbed that Monk’s leftist viewpoint is presented but that it is allowed to stand alone, presented as fact, without any balancing philosophy of judicial restraint. The presumption is that her view is universally accepted as the only valid theory on the Constitution, says Elizabeth Myers, who started Maryland Legislative Watch in 2013 and is an avid constitutionalist.

“To Justice Marshall’s statement, the United States Constitution does not have an ‘evolving nature,’ it is written and there is an amendment process to change it. Second, voting was left to the States, as the Founders designed the central government to be weak,” wrote Myers in an article for WatchdogWire.com.

The South Carolina Policy Council points out in a September 2013 article that the lesson is misleading because it confuses the “living Constitution” theory with legitimate changes to the Constitution through the amendment process.

“Students are misled by tying in the concepts of a living constitution and an evolving constitution through amendments – implying that the unwritten changes over time that have led to a more powerful federal government are just as necessary and good as the legitimately needed written amendments that expanded rights to African Americans and women,” the article states.

Also missing from the discussion is the issue of where rights come from. The theory of natural rights is not included in the study.

Michas said she and other activists are working overtime to expose, not just Common Core, but the agenda being pushed are part of the standards. This is an important difference, she says, because Common Core is likely to go down in flames, while its agenda will continue to be pushed under other names.

“They’re replacing everything, subverting our founders, perverting the history, because you’ve got to pervert the history to indoctrinate and change everything,” she told WND. “Am I surprised by any of this? No. Do we need to have more avenues, and do a better job of exposing this agenda and offering solutions? You bet. And that’s what I’m trying to do.”

Michas said she has recently launched a talk radio program that will attempt to do just that.

She said her focus now is to convince those running private Christian schools to opt out of the Common Core and any other “standards” that include bits and pieces of the progressive agenda.

“Even your private and Christian schools are embracing Common Core because they want the money and they think they need to use the tests,” Michas said. “We need to get them out of the system so we have something to start over with.

“We can’t work within this system. That’s my opinion, she said.

Michas believes the public school system is “designed to fail.”

“The intent is to collapse that system, because you don’t need teachers anymore, you need facilitators,” she said. “You see the charters popping up all over the place and you see public schools closing. You might think you’re stopping Common Core but you’re not going to stop the agenda.”

Michas observed that ever time Common Core “gets a little hot,” facing widespread criticism, “they rebrand it.”

“And that’s what we’re seeing taking place in Indiana, Oklahoma and South Carolina,” she said.

“They say they’re coming out of Common Core and developing their own standards. Oh really? Then why do they use all the same buzz words like ‘school to work’ and ‘college and career ready standards?’”
Read more at http://www.wnd.com/2014/07/common-core-teaches-constitution-as-living-document/#YCp68dUJySJYS2ML.99

- Previous article « Michael Mulgrew defends Common Core: ‘You sick people need to deal with us and the children that we teach’

Next article - How do I homeschool in South Carolina? » 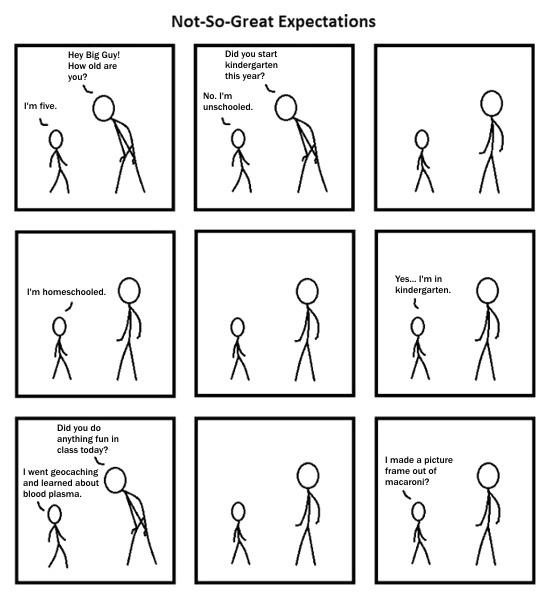